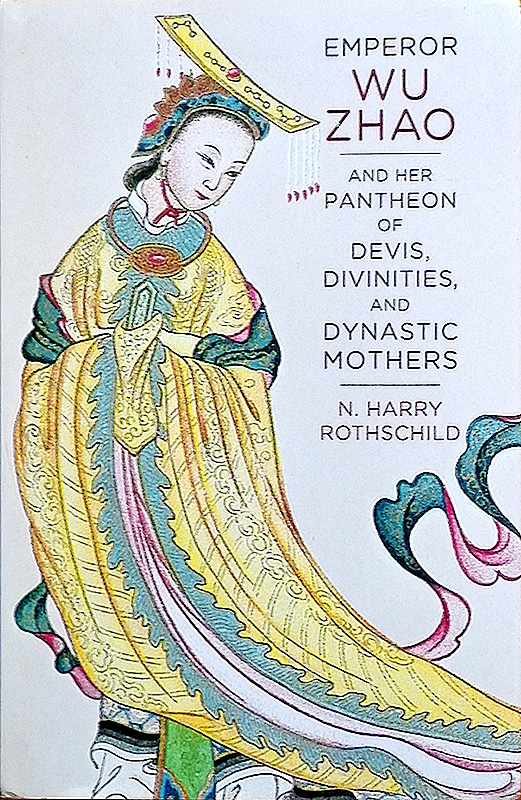 Wu Zhao (624-705), better known as Wu Zetian or Empress Wu, is the only woman to have ruled China over the course of its 5,000-year history. How did she rise to power, and why was she never overthrown? Exploring a mystery that has confounded scholars for centuries, this multifaceted history suggests that Wu Zhao drew on China’s rich pantheon of female divinities and eminent women to aid in her reign.

Wu Zhao could not obtain political authority through conventional channels, but she could afford to ignore norms and tradition. Deploying language, symbol, and ideology, she harnessed the cultural resonance, maternal force, divine energy, and historical weight of Buddhist devis, Confucian exemplars, Daoist immortals, and mythic goddesses, establishing legitimacy within and beyond the confines of Confucian ideology. Tapping into deep, powerful subterranean reservoirs of female power, Wu Zhao built a pantheon of female divinities carefully calibrated to meet her needs at court. Her pageant was promoted in scripted rhetoric, reinforced through poetry, celebrated in theatrical productions, and inscribed on steles. Rendered with deft political acumen and aesthetic flair, these affiliations significantly enhanced Wu Zhao’s authority and cast her as the human vessel through which the pantheon’s divine energy flowed. Her strategy is a model of political brilliance and proof that medieval Chinese women enjoyed a more complex social status than previously known.

Norman Harry Rothschild is Professor of Asian history at the University of North Florida. He specializes in Tang history and the study of women and gender in China and East Asia. He is also the author of “Wu Zhao, China’s Only Female Emperor” and many academic articles. He was a fulltime member of the CCST of Sichuan University in the academic year 2012-2013.